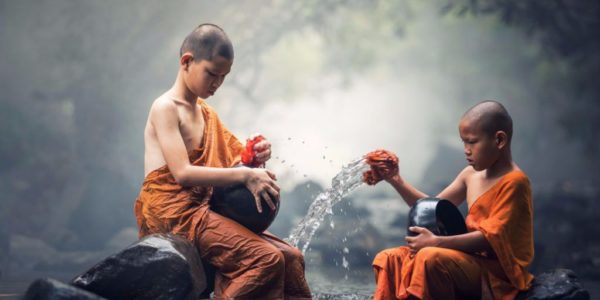 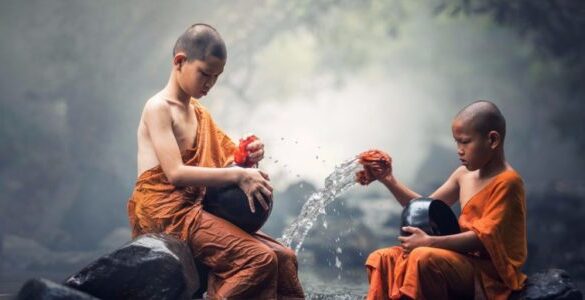 Sanctity of The Shower

Time was when the whole earth, the fever-stricken isle of Bombay included, was free from fevers. One unlucky day, however, Daksha Prajapati and his son-in-law Shiva fell out and their discord brought with it a whole crop of fevers. The story runs that Daksha Prajapati once celebrated a great sacrifice to which he did not invite Shiva. All humanity had to suffer for this insult which greatly incensed Shiva whose breath during those moments of fury emitted eight frightful fevers.

In the good old days, however, a magic thread (dora), or a charm (mantra), was enough to scare the fever-spirit away.[1] In obstinate cases, no doubt, the spirit had to be exorcised from the body of the patient by a Bhuva or Bhagat and transferred to some animate or inanimate object, or perhaps a cock or a goat or a buffalo had to be sacrificed to propitiate the disease-deity. That, however, was all. A special offering for the Benares godling Jvaraharísvara, “the god who repels the fever,” was Dudhbhanga, a confection of milk (dudh), leaves of the hemp plant (bhanga) and sweets.

Of all such remedies and expedients the simplest and the quaintest was that for driving the malaria fiend away. One had only to listen to the story of Ekānterio, the spirit controlling intermittent fever, and one got immunity for ever. The[4] legend runs that once a Bania, on his way to a village, came across a banyan tree where he unyoked his bullocks and went to a distance in search of water. Ekānterio, who resided in this tree, carried away the Bania’s carriage together with his family. The Bania was much surprised to miss them, but he soon found out the author of the trick and pursued Ekānterio. That fever-goblin, however, would not listen to the Bania’s entreaties to return his carriage, and the matter was at last referred for arbitration to Bochki Bai. She decided in favour of the Bania, and confined Ekānterio in a bamboo tube whence he was released on condition that he would never attack those who listened to this story.[2]

To-day in our midst there are no such story-tellers, no such Bhuvas and medicine-men, or, if there are any, they are seldom given a chance. We rather like to listen to the stories of the microscope and pin our faith to the doctor and the scientist. These men of science scent Ekānterio in every anopheles mosquito and tell us that malarial fever is conveyed from one human being to another by the bite of this ubiquitous insect. Therefore, if we wish to stamp out malaria, we must wage a crusade against this vast army of Ekānterio. It is well known that these mosquitoes breed in water and that they are particularly fond of well water. One of the measures that the Bombay Municipality has therefore to enforce in connection with its campaign against malaria is the closing of wells containing the larvæ of these mosquitoes. In the early stages of the campaign, however, it gave rise to vehement protests. These were prompted not merely by utilitarian motives, but also by religious sentiments and supernatural beliefs. The aggrieved parties gave chapter and verse to show that their scriptures enjoined the use of well water, and well water only, in connection with divers ceremonies, and they further relied on several popular beliefs investing the water of wells with[5] supernatural efficacy. We shall record a few typical examples of such beliefs and convictions and a few traditions concerning several wells of Bombay, culled from the official correspondence on the subject and other sources, and we shall see in the course of our survey that these merely present, with a little local colouring, the particular primitive phase of nature-worship under which all nations inhabiting the globe have held in the past, and do hold to a certain extent even now, springs and wells in religious reverence and awe, regarding the water thereof as a living organism or as a dwelling-place of spirits.

When the owner of an objectionable well is asked by the Municipality either to fill up the well or to cover it, he invariably prefers the second alternative, provided he is allowed to cover the well with wire gauze or at least to provide a wire gauze trap-door for drawing water. The reason given in most of the cases is that according to tenets and established customs the water required for religious ceremonies must be exposed directly to the rays of the sun and that water not so exposed is rendered unfit for the purpose. The Parsis cite their scriptures and the Hindus theirs in support of this contention. It is unnecessary for our present purpose to quote the injunctions of the scriptures, but it is interesting to note how they are construed and understood.

When the Health Officer, Dr. J. A. Turner, was overwhelmed by all sorts of religious objections to the closing of wells, he consulted recognised authorities on Parsi religion as to the precise requirements of the scriptures and the manner in which the object of the Department could be carried out without wounding the religious susceptibilities of the Parsis. Dr. J. J. Modi gave his opinion as follows, referring to a ceremony of peculiar interest to the students of scriptural lore:—

“As, according to Parsi books, the sun is considered to be a great purifier, it is required that the well must be exposed to the rays of the sun. So a well hermetically covered with wood or metal is prohibited. But one ‘hermetically covered with wire[6] gauze of very fine mesh,’ as suggested by you, would serve the purpose and would, I think, serve the Scriptural requirement. As to the question of drawing water from such a well, a part of the three principal ceremonies performed at a Fire Temple is known as that of Jor-melavvi (lit. to unite the Zaothra or ceremonial water with its source). As we speak of ‘dust to dust,’ i.e., one born from dust is in the end reduced to dust, this part of the ceremonial which symbolizes the circulation of water from the earth to the air and from the air to the earth requires what we may, on a similar analogy, speak of as the transference of ‘water to water.’ It requires that a part of the water drawn for ceremonial purposes from the well must be in the end returned to its source—the well. So, the provision of the air-pump, will not, I am afraid, meet all the requirements. I would therefore suggest that in addition to the hand-pump, a small close-fitting opening, also made of wire-gauze of fine mesh, may be provided.”

Shams-ul-ulma Darab Dastur Peshotan Sanjana also gave his opinion to the same effect and the recommendation of these two scholars was accepted by the Department.

No Hindu savant appears to have been consulted on the subject, but a few gems selected from the petitions and protests received by the Municipal authorities will throw some light on the traditions and customs of the different Hindu sects. In a letter to the Standing Committee the Trustees of the Derasar Sadharan Funds of the temple of Shri Anantnathji Maharaj represented that according to the scriptures of the Jains water used for religious ceremonies “must be drawn at one stretch from a well over which the rays of the sun and the light of the moon fall constantly and which must therefore be open to the sky and no other water could be used at such ceremonies.”

Comments others have left

Join the Being Community Discussion 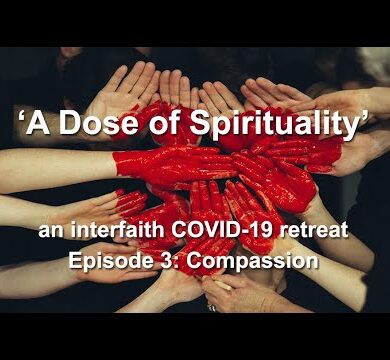