Basil is a facilitator for interfaith dialogue and the founder of IfThenHow, a community-building consultancy focused on interreligious projects. Previously part of a Catholic religious order for close to a decade, he holds Master’s degrees in both Philosophy as well as in Theology – with a focus on contextual theology, contemporary spirituality, and interfaith dialogue. He is a member of the Inter-Religious Organisation (IRO) of Singapore and the IRO Youth Circle, and writes occasionally on Christian faith and spirituality.

Elizabeth is a Mass Communications graduate and ex-teacher. After leaving teaching, Elizabeth went on to be a freelance facilitator. In this capacity, she runs workshops for schools, churches and community organisations, facilitating powerful conversations on sensitive topics like faith, ethnicity and mental health through the sharing of personal narratives. She is also a clinical hypnotherapist who enjoys writing and video editing in her free time.

Cell graduated with a postgraduate degree in psychology and has been in the nonprofit sector for almost two decades working with adults recovering from mental illness, youths, elderly and the arts community. He also co-founded THIS Buddhist Film Festival. He was one of the main organisers of the Singapore Inter-Faith Youth (SIFY) Forum 2006 and played a pivotal role in bringing interfaith youth leaders together for the first time in Singapore’s interfaith history.

After working in infectious disease research and public health policy, Victor studied liturgy at Yale Divinity School and completed chaplaincy residency in California. He is currently juggling being a physician, an interfaith advocate, editing at EarthAndAltarMag.com, and singing early music, while wishing he could spend more time in Benedictine monasteries.

Dhaniah is a psychology and mass communication graduate, and is currently a research assistant with a local university. She was previously a teacher in the public school system, and has been a media industry professional as a producer and writer/researcher. As the founder of Interfaith Youth Circle, Dhaniah has been regularly facilitating Scriptural Reasoning sessions, as well as organising other interfaith events, in the community.

Musfirah first found her interest to study religion in school, which has since motivated her to earn her degree in Islamic Theology and Comparative Religion. She is a member of the IRO Youth Circle, eager to share and learn about the beauty in different faiths. Asatizah Recognition Scheme (ARS) certified, she also teaches in a few Islamic Education Centre Providers (IECP) in Singapore.

Amaresh is a freelance writer, editor and English Language and Literature tutor. He has a keen interest in a wide variety of subjects including Interfaith Studies, Philosophy, History, and Literature, to name a few. In his free time he enjoys reading, watching Japanese Anime, and watching films in various languages across different genres. He also writes on the online content platform, Medium, under the name Arun Nawin.

Majdah Nizam graduated with a degree in Arabic Language and Literature. Besides her passion for the arts, she is also keen on interfaith discourse and philosophy. Apart from volunteering as a member of the IRO Youth Circle, she also exercises her role as a certified Ustazah under the Asatizah Recognition Scheme (ARS) in Singapore, relief teaching in weekend Islamic classes at a local mosque.

We are always on the lookout for volunteer contributors. Get in touch!

Journey with us! Subscribe free for updates and bi-monthly newsletter!

Begin typing your search above and press return to search. Press Esc to cancel. 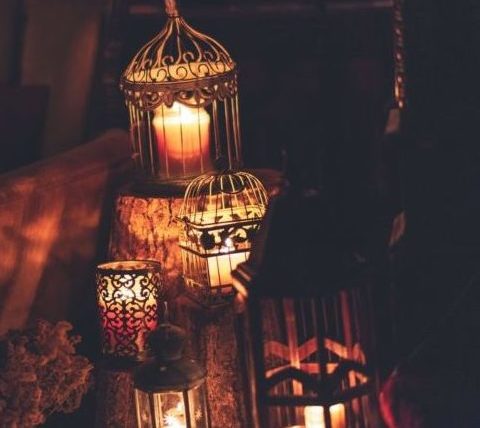 SIGNING UP FOR UPDATES IS FREE!We are new and we are growing. Subscribe now, follow our story, and tag along for the journey.

Receive newsletter summaries twice a month (starting June 2020) for featured interfaith content from our website and beyond.